Not Every Game Needs Levels (or Why Warcraft Fucked Things Up, Again)

So, as you may have noticed, I’ve been away for a while. This is mostly due to the fact that I’ve actually… been away for a while. Like, on a vacation! It was a long one, and it was awesome – I went to South Africa with my family, and we had a great time. I also didn’t play any games (except for the few odd iOS games that I have on my phone), and was only somewhat internet connected. And, while I do enjoy writing a blog post, I was way too busy doing interesting things to get worked up enough to write one. 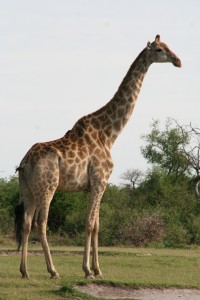 Anyway, I have returned! And once I got back, I realized (okay, I knew it happened, but it didn’t matter too much) that I’d missed the launch of Storm Legion, and that I had some catching up to do. No problem, I expected that, and most of the people I know are still working their way through the levels, or getting sucked into dimension-building, or only just getting started on any of the tons of things to do in Rift. That’s cool, it’s an MMO, and there are striations in the leveling game that are to be expected. Plus, I’m planning to continue my mostly-carefree attitude towards Rift and just play it at my own pace and enjoy things and jump into groups and raids and whatever as I have time and they come up, rather than pushing to get into it at the cutting edge. This suits me these days, and gives me time to play some other games.

But then I looked at the other games in my library, and in particular, Borderlands 2. Before I left, I had finished off Playthrough 1 and done some of the pirate DLC. My other friends were in a similar position, and we were all within a couple levels of each other. But now, when I talked to the group, we’re a lot more spread out. One friend has had a bunch of time to play and has hit 50 (though he has a lot of side missions left to do), one is basically still where he was, and another is only about halfway through the first playthrough. And it turns out that this sucks. Despite BL2 having a really nice drop-in/drop-out system – and having fixed a bunch of the issues that happened with quests in BL1 – they have done nothing at all to deal with the issues that their level system presents to a random group of characters.

Now, I’m using BL as an example here, but the issue works across all sorts of games. And it’s especially frustrating as these sort of “RPG elements” (I really hate that description, and I’m sure I will bitch about it more later) become more prevalent across genres. Obviously this occurs in the MMO world. Tons of recent multiplayer shooters have picked up the leveling mechanic to various degrees (whether it affect starting loadouts, ability access, actual damage done/taken, whatever). It’s a problem in games like Dungeon Defenders, Diablo 3, and League of Legends. And the basic issue is always the same – it’s really fucking annoying to want to play with my friends but either be unable to, or to have the game punish one (or both) of us for playing characters at disparate levels.

What ends up happening is that, if you are the lower-leveled character/account/whatever, then you are unable to contribute meaningfully. Either you can set the game at a level that is “appropriate” for the lower-level character and the higher one just rolls everything over (generally not gaining anything useful to them), or you set it to the level appropriate for the higher-level character, and the lower one just has to sit in the corner and hide. Sure, maybe they get more experience, but there’s almost no reason for them to actually be at the controls. And, really, that sucks. When I pick up a game and join up with a friend, I want us to both be able to have a good time – and that means that we both have a chance of doing well, and we both have a chance at helping the other one out. Why is this a hard concept? It really doesn’t seem like it should be.

So, yeah. A couple people suggested solutions to me – solutions that include “why not make a character and just play that character with your friend and have a single-player character and multiplayer character?” And the answer is pretty simple – because that doesn’t actually solve the issue. The whole point is that I want to just play with my character and my friend’s character and whoever that happens to be should be good enough. Otherwise, the whole thing just devolves into yet more appointment gaming where we have to schedule playtime and/or hope that everyone’s schedules and random game desires align perfectly and that sucks. Why build a game with drop-in/drop-out mechanics if you can’t actually drop in and out and not have it be shitty?

I guess things like Rift’s mentoring system (which I think was stolen from City of Heroes or some other superhero game) do a good job of starting to address the issue. But they aren’t enough. Rift, in particular, has this awesome system where you can just say “I want to be pretend-level 33 right now” and then, bam, you are! At least in relative damage (more or less) and survivability. This is awesome. I can play with my wife even if we’re at different points in the game, or play with my friend I just convinced to join, or help out with some guildies’ alts. The problem is it flat-out stops at max level. So then you have the same problem, where someone with a year’s worth of gear collection can completely outclass someone who is new to the cap. I hope someone at Trion (and elsewhere) figures this out and extends the system to level cap. I’d also love it if you could temporarily level UP to participate in things.

I’m sure there are other things. Games without traditional leveling mechanics seem like they could be awesome (although, I haven’t been able to figure out the details yet). Games with better dynamic content difficulty would be good. I dunno, maybe even games that just rely on having a fun experience to get you to come back, as opposed to some crappy-ass bolted-on mechanics to make you feel like you’re missing out if you don’t play game X every day.