It’s probably not nearly as benign as it sounds, but there have been a couple of stories that appear (on the surface) to be positive news. First, Microsoft is reportedly planning to bail on its Xbox Point system. This is good news for those of us that dislike the practice of converting real money into fake money into digital goods (see more here). It seems like they may still do the “wallet” thing, where you put money into a bin now to purchase things later, which has its own issues, but at least we will be able to see the actual, real price of things, rather than having to do on-the-fly currency conversions, which human brains are notoriously bad at. I mean, I’m still not likely to run out and buy a Windows Phone – or even necessarily go out of my way to upgrade to Windows 8 – but when I inevitably buy games on my shiny new Xbox’s digital download service, this should be a slightly-less-exploitative experience! Hooray.

The other bit of news is that EA is supposedly going to be ditching their Online Pass scheme. This is awesome. I’m still not going to rush out and buy a hundred EA titles – there are plenty of other totally legitimate reasons to avoid them – but it is at least one terrible business practice that they are rolling back. Along with their apparent need to TOTALLY CONFIRM, GUYS that you can play The Sims 4 offline, it’s possible that they are at least responding to protestations in ways that end up better for us, as consumers.

And with both Microsoft and Sony doing pre-emptive walkbacks of their always-online system requirements (or, at least, dumping future blame on developers/publishers), I feel like this is a good trend. I’m sure that there will be some other overbearing, stupid DRM and/or anti-consumer news to break us out of this loop, but we might as well enjoy this moment while it lasts. Yes, I’m claiming a (minor) victory – one that will surely come back to bite me in the ass – but we might as well take them where we can. 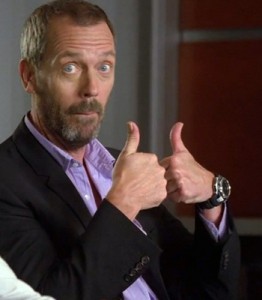 I’ve set up a Feedburner feed for RSS, and want to make sure I didn’t totally break everyone’s subscriptions. So please ignore this post. If you see it. Which hopefully you will.

Why am I doing this? I don’t know. Apparently it’s easier to see subscriber numbers, etc. Blame Liore.

Actually, it’s not good news. RIFT is apparently going free-to-play this summer. I’m pretty sure that this sucks. I feel like I’ve talked about subscriptions and F2P a lot, in general, but I find it even more frustrating when a) it’s a game that designers have said many times is not going to go F2P, b) has been championed for its subscription -> rapid content updates service model, and c) that I still have 213 days worth of prepaid time for.

I think the last bit is the one that frustrates me the most. It’s not that I’m upset with having given Trion my money – the choice I made to purchase a year’s subscription along with Storm Legion is one that I’m still reasonably happy with (despite not having actively played RIFT very much in the last couple months) – it’s that the thing that I paid for is being swept out from under me. Given that the developers have said that they have been actively investigating F2P conversion for more than a year, it is clear that they made the pay-for-a-year option available knowing full well that some part of that year would probably fall under the F2P umbrella. I don’t know whether I still would have gone for it, or not, but it feels like the negotiation is made in bad faith when one side is holding out on pertinent information (sidenote: Apple does this same sort of thing a lot, by being extremely tight-lipped about product launch schedules. Informed consumers can make decent inferences from past behavior, but lots of people still end up buying a new computer in the week or two prior to product launches.).

Now, Trion is doing that thing where they convert all of the subscriptions into “Patron” accounts – giving them perks like trainer-summoning and extra storage space or whatever – but that is a very different type of service from what those of us who paid for subscriptions were committing to (i.e. access). Trion is also introducing things like purchasable raid gear which sounds like a truckload of landmines. Theoretically, it’s only going to be the not-top-most gear, and only things that are otherwise obtainable in game, but man does this seem like a good way to destroy any sort of reasonable progression structure. Who knows though, I’ve been in a position before where I really wanted a viable catch-up option (say, to join a more progressed guild).

I’m way more worried about the social implications. Will people still be interested in running tiers-behind raids at the end of an expansion, like I was doing, when there are more direct shortcut methods to gear? If I join up with a new guild that happens to be ahead of where my old guild was in progression, will I be expected to drop $40 on a complete set of cash shop gear? Or maybe just $5 here and there to fill in holes when the boss doesn’t drop my shoes for 6 months?

Two other things they are adding are pretty standard cash-shop fare: xp/token boosts and cosmetic items. I’d like to go on record here and now that XP boosts, in particular, are a complete fucking travesty of game design. To me, they indicate that you have failed to build a game that people actually want to play – if people are willing to give you money to not play your game (or to “have” to play it less), then you should probably reevaluate the game systems. And yes, I absolutely realize that for some portion of the population in any given MMO, the “max-level experience” is all that they are really after. In fact, I’ve played with that mindset at various times. But the thing is, if you want to provide end-game-only players an opportunity to ignore the part of the game they aren’t interested in (and think that this is actually a good idea, which I doubt), then why not let them ignore the part of the game they aren’t interested in? Why not just sell them a max-level character, complete with some standard of gear that lets them actually complete whatever tier of content they want? Why even force them to bother with the leveling experience at all?

And, as a more casual player, still working through the available questing content, why would I be happy about getting some XP boosts that make me miss out on cool quests and exploration time that much faster? If I don’t have a group waiting for me, then all I have to look forward to is tooling around town waiting for an instance queue – and I’m not especially keen to get to that place faster than intended. Same thing if I am leveling up with a friend. If one of us happens to get XP boosts, and the other doesn’t, then all it does is break our ability to play at the same level. Sure, I can “just not use them”, but then I’m actively throwing away part of what my money is paying for.

I just… really, really hate XP boosting items. If you want people to experience a leveling curve and area storylines and things like that, it seems important to understand approximately how quickly a character will move through a zone. Blizzard got this completely wrong when they introduced heirlooms and refer-a-friend bonuses, and they made it so very much worse when they redid all the leveling zones in Cataclysm. Even when doing my best to avoid rest experience, I couldn’t finish an area without quests going grey on me. And, again, I could just not care about that (and tried not to), but that doesn’t meant that it isn’t completely terrible tuning.

And quickly, on cosmetic items. I’m typically glad when there are more cosmetic items available. I love customizing characters and giving them personality. I even just like collecting bags full of weird robes or hats to show off for 5 minutes and then put away. MMOs typically offer a lot of opportunity to collect things – and, more importantly, show them off a bit. So sticking the vast majority of “cool” items behind a pay wall is sort of getting old. Hopefully, they’ll end up similar to the costume items in Defiance – where the models aren’t unique, but the colors are – but I think that will be hard with the (totally awesome) dying mechanics in RIFT.