Episode 33 of the Cat Context Podcast is now available! We talked about the Wildstar payment model, Saints Row IV, Final Fantasy XIV, and as usual, some random other stuff. I’m pretty sure that I guilt-tripped our special guest Mangle into buying Gone Home, too, which is good!

We also touched on Hearthstone, the new digital TCG from Blizzard, our lowbie WoW experiment, and I kept up my streak of boring everyone by talking about Magic.

So head on over to the episode page, and have a listen! We even have a video there, if that’s more your style.

Also, we are doing a LIVE podcast from PAX Prime this weekend. Join us via Twitch.tv at 5 PM on Sunday, September 1st. I have been told that we have stuff to give away, so send in questions! 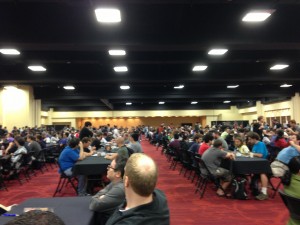 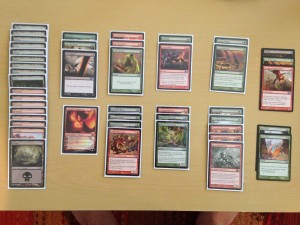 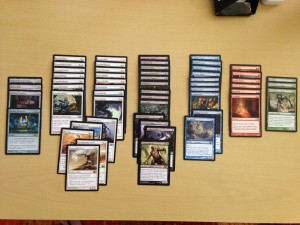 I failed again at promoting the podcast, so let’s all assume that this counts. When you’re done reading here, if you haven’t already, go check out this week’s Cat Context podcast, in which we talked about EQ Next, and probably some other stuff that I can’t remember. We’re recording again this weekend, and then the following week we will do something live from PAX! Please leave us comments, ratings, and whatever other kind of feedback you want.

So, yesterday, Wildstar finally announced what sort of payment scheme it would be using when it eventually goes live (sometime next spring, which was neatly hidden in the same announcement), and it appears to a not-entirely-unique take on the “standard” subscription model. That is to say, it will require an active subscription to play each month, but you can pay for that subscription in one of two ways – first, you know, with actual money (and hooray for this!); and then secondly, with a tradeable in-game currency called C.R.E.D.D. (I will endeavor to never actually put the periods in that, again). CREDD can be purchased from their online store for the equivalent of a month’s subscription, traded around in-game (probably primarily for game money), and eventually be redeemed back in the store for a month’s worth of subscription.

As I am understanding it, this is exactly the same thing that EVE currently – and really the only part of that game that holds any interest for me. It’s also pretty similar to what Rift has done with their REX currency (although Rift has the whole free-to-play aspect, and a subscription doesn’t really get you very much). And if this is the case, then queue the Macklemore music:

This is fucking awesome…

I’ve definitely talked before about my preference for subscription models over F2P – I’m not going to go back over it here – but suffice to say that I have a pretty strong preference for paying one price and getting access to all the content. It obviously remains to be seen just how hard it will be to earn enough Ollars to buy a CREDD, but I think it’s a really smart move. Besides the fact that it means a more predictable, steady stream of income for Carbine/NCSoft, it means that people are actually going to be encouraged to play the game, since they are paying for it. And, if they want to be able to keep playing it? They have to play the game. I’m not even sure if this is able to be said enough, because the fastest way to kill an MMO is to have a bunch of players signed up, but not actually having them signed in and actively playing.

CREDD-style subscriptions (well, really just subscriptions in general) are awesome because you know that everyone who is playing is actually contributing to your well-being as a company. As a player, you know the same thing, which lends some level of investment in both the game AND your fellow players. Accounts are that much less disposable, and your actions in-game matter that much more. CREDD means that it’s that much easier to pool some resources and help a friend out through a rough financial patch, or to gift a friend a month or two of subscription. It also means that, if you want, you can dedicate yourself to in-game economical fun-times and be able to play mostly for free. Or, if you’re like me, just buy a CREDD here and there with your extra in-game cash and get a “free” subscription month every so often. Theoretically, it limits the need for sketchy gold-farming operations to exist, because it gives a more legitimate path to convert RL-cash into CREDD into in-game cash. (Note: this is not a practice that I love, but when it basically happens anyway, it might as well be done in the open.)

All-in-all, this is a positive announcement for me. I’m already cautiously optimistic about my ability to enjoy Wildstar – moreso than I am about, say, Everquest Next – so this just adds to that. I’d been feeling somewhat resigned to the fact that I’d have to start participating in more F2P games over the next year (and I probably still will), but I hope that this catches on, because I think there are a lot of benefits that come with actually having a paying customer base.

Too bad we’re also waiting another six months or so.