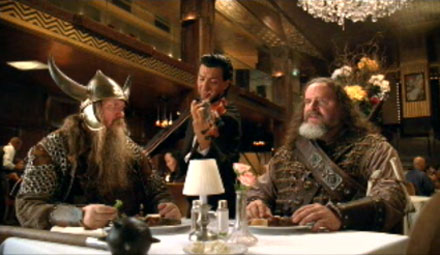 The other day, I mentioned how there were still a few games sitting next to my consoles that I wanted to play but that I haven’t touched for one reason or another, and it got me to thinking. Huge mistake, I know, but I went for it anyway. How is it possible that I’ve let myself get this backed up? How will I ever catch up? Do I even want to?

I know that I am absolutely not alone in this, but sometimes the extent of my backlog is pretty intimidating. This is especially true when I know I have some quality gaming time coming up (Extra-Life was a good example of this), or whenever a hot new release comes out, or whenever there is a Steam Sale (MORE GAMES FOR THE GAMES GODS). And, well, there are just a lot more opportunities to buy games than there are to play them.

I mean, have a look at my Steam library. There are a ton of games in there that I haven’t gotten around to playing – games that have either come highly recommended, or I am looking forward to, or both – but where do I start? Do I start with the indie games (Limbo, Bastion, Fez, Spelunky)? Do I finish off the games I’ve started but haven’t finished (AC:Brotherhood, Fallout: New Vegas, SR3, Serious Sam 3)? Or do I just start with something fresh, hoping that it grips me in a way that pushes me through to the end? Where do the random endless/non-story games go (FTL, random racing game, any multiplayer shooter)?

And then, of course, there are the console games where I actually have to go to a different room (sometimes this is a bonus!). Or, god forbid, the time-and-library-killing demons known as an MMOs. And, as much as I love MMOs, I definitely think that they are a huge part of the reason I’m as deep into this mess as I am. MMOs make a great “default” game – something that is just really easy to sit down at and spend either a few minutes or a few hours on without thinking too hard. Sure, you still have to figure out which character/race/faction/whatever to play, but at that point you’re already committed to a game, which is a big step in getting through a backlog! Or, even worse, what if I want to replay an older game for <insert various totally reasonable reasons here>.

Well, I think what I need to do is to just start dropping games into buckets and then prioritize each of those buckets. Then if I’m like, “I want to just screw around and play something mindless”, I can pick the game at the top of that list (currently, it tends to be DIRT 2 or Serious Sam 3, depending on my mood) and go for it. If I want to play an MMO, that’s cool, I’ll do that. But if I just want to play something then I should really start defaulting it to whatever the current “backlog” game is. That, of course, takes discipline. But I think it would be worth it! I could even consider uninstalling everything not on my immediate/short term list, but that’s so sad…

Anyway, lists! These will clearly change, especially after people tell me how much I need to play game X over game Y or whatever. But at least they can serve as a starting point.

MMO List: Warcraft (this one is easy, since it’s the only one I’m playing right now)

Random Filler: Hearthstone, Magic Online (look, it’s not going away, I might as well acknowledge that)

That’s a pretty short list, I guess. But you know what it does? It gives me direction and is therefore a good place to start. It also gives me a reward (Beyond: Two Souls) for playing through a few games that I have either started (SS, AC:B) or have been putting off. The Streaming category is actually a sort-of-separate list because I have been meaning to start up a semi-regular stream, and I think both of the games listed should be interesting one to have the shared experience of streaming. I expect to be particularly terrible at Dark Souls. Or maybe not! But probably.

How do you guys approach these things? Is your backlog as large as mine (not every game in Steam is a backlog game, but the point is clear)? Do you have any methods to track your backlog or figure out what games are next? Let me know, because I could sure use the help!