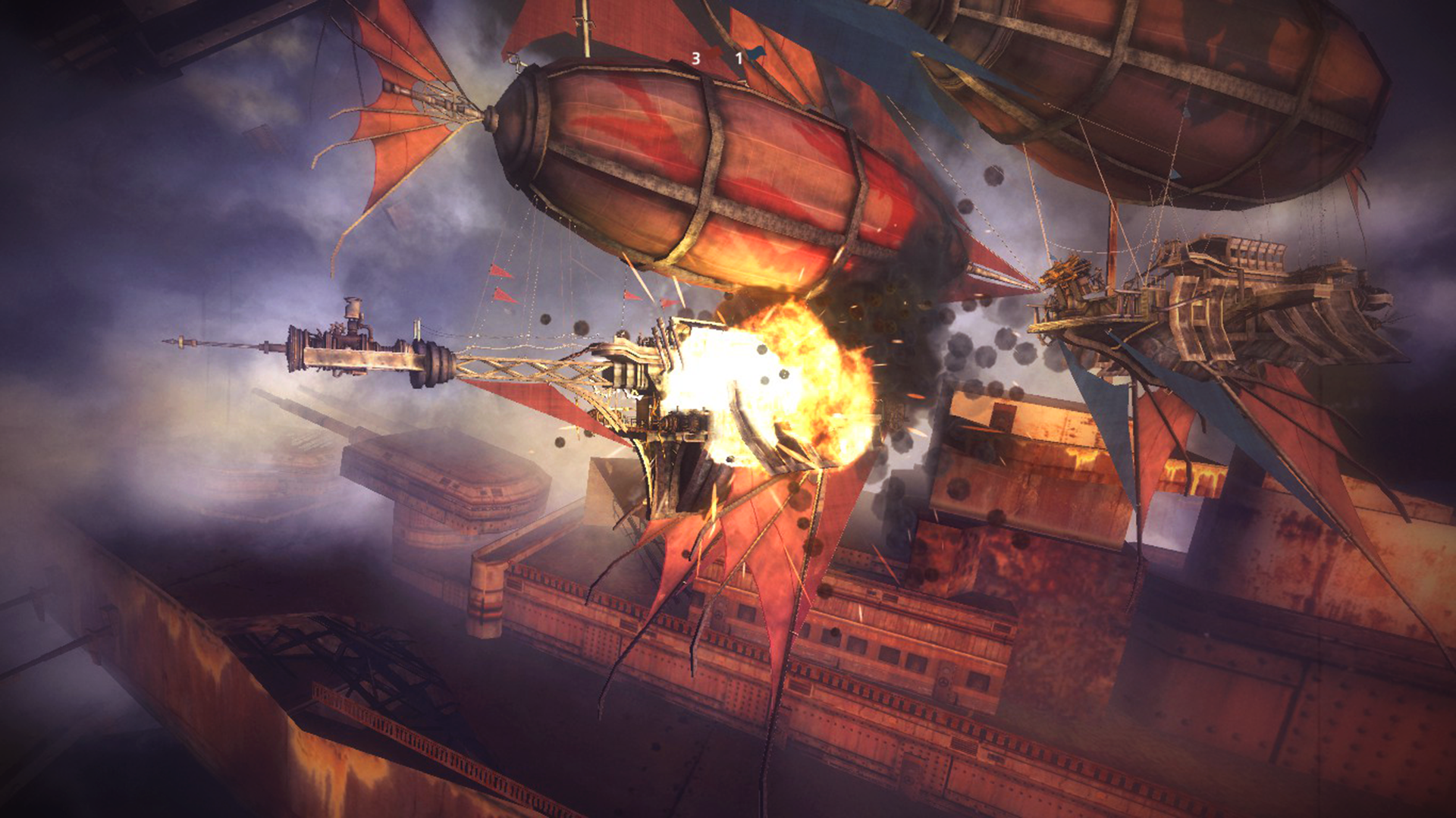 Over the weekend, I got to start checking off a few things from my “What to do in 2014 gaming” list. I have now completed all of the MoP raid instances on LFR (a low bar, I admit), as well as cleared the first three bosses in Siege of Orgrimmar with an all-guild Flex group. That second is no small feat given the general difficulty in getting any of the Cats together for an MMO over the past few years. We had a couple friends that were well-geared, but also people who were pretty fresh to level 90, and we managed to power our way through Norushen over a couple hours of fun.

The difficulty level for our group is just about dead on. It’s not like LFR where you can literally not know what is going on in a fight and still come out on top (generally speaking, at least). And, yes, I know this to be true because I was the bad that spent the whole time DPSing the wrong bosses or standing in the fire – and, sadly, still doing better damage and dying than half the group. But, in Flex, you do have to know what is going on, the void zones will kill you, and you have to do at least reasonable DPS. Or, at least, it seems that way so far. And even if it these early bosses stop providing any sort of challenge, there are 14 total bosses, so we can just keep getting better at it in our 2-3 hours per week group and add 1-2 new bosses each week, giving us a few months to get it all down. That seems just about perfect!

The other half of the checklist is a combination backlog and multiplayer game update. On Sunday, several of us got together to play Guns of Icarus Online. Not to be confused with Guns of Icarus (which was apparently the pre-Kickstarter single-player predecessor game), which unfortunately caught at least one of our group out. However, for the six of us that managed to get together, the game turned out to be a blast! It is a team-based airship combat game, with some number of airships on each side (we picked 2 v 2) and 4 people per ship (AIs can fill in each role but pilot). You pick a role for your character (pilot/sailor?, engineer, gunner) which gives you a set of options, choose whether you want to wear a TOTALLY SWEET SCARF or be lame and just use the default face, and head out into the skies to blow each other up. 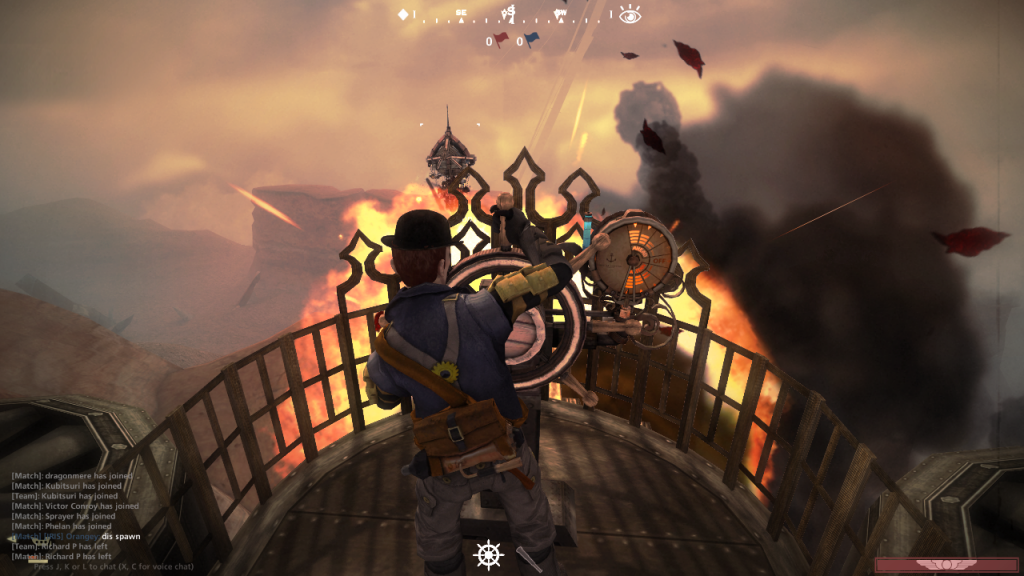 We could have used a few more people because I don’t think the AIs were particularly great about gunning/repairing appropriately, but it turned out to be really awesome. After about an hour and a half of trying to figure out what the hell was going on, the Hindenburg and Mytanic managed to leverage their quick early lead to defeat the Goldfish and Not a Goldfish! It was a narrow victory, but that’s what counts in the skies.

There’s something about having to really work as a team in a squad-based PvP game that totally hits the right buttons for me. Plus, it looks and feels really unique. I have no idea what it would be like to jump into a random public game, and I’m not entirely sure I’d do it without at least a full ship crew the first time, but I hope that I get the chance to play this some more. There are lots of hats and glasses and outfits to unlock, and somewhat less interestingly (dressing up my dude is awesome), more ships, too. Including something that looks like it belongs in the Cloud City of Bespin.

I’d definitely recommend it. And if you want to see more, you can see Corr’s stream of it either on the Twitch channel or shortly on our YouTube channel. Enjoy, and I hope to see you in the definitely-not-explosive skies! 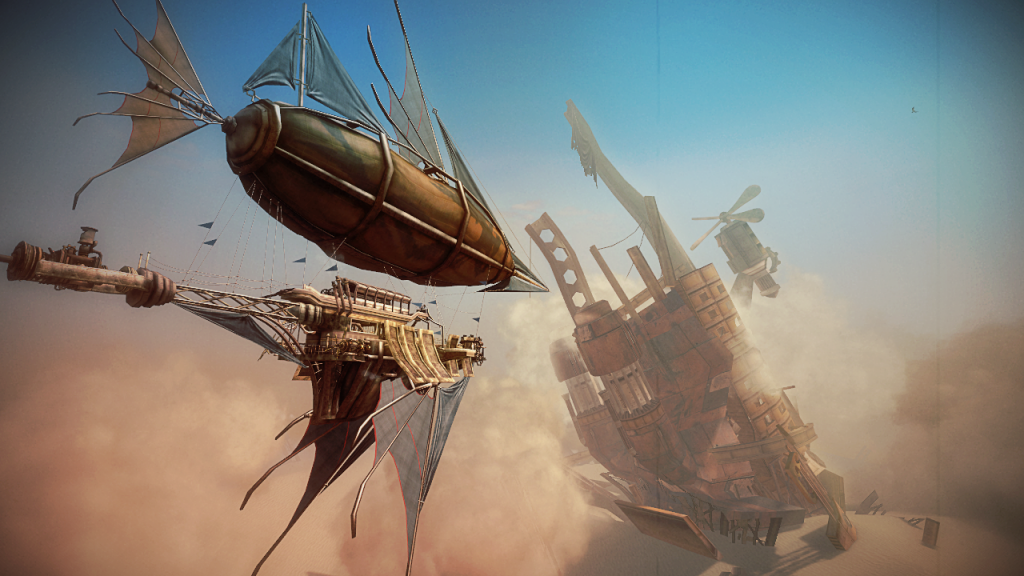 Episode 42 of Cat Context podcast is now available! With the beginning of 2014 clearly under our belts, we decided to reflect on the year that was and look forward to the year that might be.

Liore, Arolaide, and Ellyndrial talk about their favorite games (that they played) during 2013, and Liore proclaims that 2013 is The Year of the Indie Game! Which is the same proclamation she made at the end of 2012. MMOs weren’t great this year! Et cetera. After that, we look forward to 2014 and discuss some of the upcoming titles that we are anticipating: Broken Age, Witcher 3, Destiny (moreso if there was any news about it), and Dragon Age: Inquisition!

Finally, we have a bit of discussion about what we’ve been playing recently. Aro has shamed herself by returning to SWTOR, but I guess space battles are kind of fun? Ellyndrial has been playing some iOS games while on vacation! Liore is… mastering horses? It is all very confusing.

Apologies for the audio quality this week. There were some technical issues that didn’t show themselves until editing.

To listen, head on over to the official episode page, hit us up on iTunes, or check out our YouTube channel! Please continue to send in ratings, comments, and questions. We really appreciate them!

Happy New Year, everyone! This is coming a bit late, but I was on vacation, and this is my first post. So, whatever. You guys should take what you can get.

I guess everyone is talking about SteamOS and the Steam Boxes that have been announced at CES this week. I have a bunch to say about it, too, but mostly I’m still struggling to figure out why I would want one. So I’m going to think about it a bit more and see if anything that other people have said strikes a chord with me. So far, though, it’s mostly just making me want to build a micro-ATX machine for my next PC.

Instead, I am going to talk about resolutions. And, since this is a gaming blog, I’m going to focus on my personal gaming-related resolutions for the year. Lots of times, I come up with something really specific, like “complete X games that I start!” or “Play through all the Dragon Age games (including Inquisition) with a single storyline!” or something like that. Those are all fine and dandy, but it’s really easy to fail when you get your resolutions too specific. So, instead, this year, I’m doing something a little broader. And where I am getting specific, I’m doing so with either a larger goal in mind, or with some room to fall back and still be relatively successful. So, here are my generic resolutions, in list form!

I guess this isn’t strictly a gaming resolution, but it’s definitely important to me! This is one of those places where putting a strict number of posts or something can lead to falling behind, which leads to a feeling of failure, which leads to failing even more. At least, that’s how things tend to go for me. So I’m going with a slightly more nebulous goal here. That said, I would like to be a more active member of the blogging community – both in terms of posting (ideally, a couple times a week) and reading/responding. This probably means that I ought to get more involved on Twitter (@ThatAngryDwarf) or G+ or whatever. I’ll give it a shot, maybe by using a list!

Work on the Backlog!

This is my major gaming-specific resolution. I’ve been working on a way to systematically attack my backlog for a while, now, and I started with a recent post and a Listmas list. I’m still trying to figure out the best way to do it, but my plan involves a) getting some other people to also take on a similar challenge – for companionship and slight competition, b) actively tracking both what exists in the backlog AND what I am playing/completing, and c) trying not to buy tons more random games until my list is either more manageable – or with the conscious decision to PLAY them shortly after I purchase.

Hopefully, the tracking of the games can turn this whole thing into a bit of an achievement hunt. I’m usually pretty good about working off of a to-do list, so having something to look at and check-off will hopefully help! I’m also going to define pretty reasonable goals for what constitutes “completion” – almost certainly no 100% achievos required sorts of things for me. I don’t really tend to play that way, anyway, but I think it’s important to limit the scope of a game so that you feel like you’re getting through it. If I then also want to go back and do achievement runs or whatever, I can add those as a separate task on my list.

I’ll also be making periodic blog posts about my attempts, in an effort to both keep myself honest and progressing and hopefully to inspire other people to make their way through their collections!

This goal is always on my list, and I realize that many times when I’m playing an MMO, it sort of vaguely counts for this. But what I really want to do is get through my list of games that require co-op. Games like Monaco and Magicka (okay this doesn’t require it, but it’s certainly more fun) and Alien Swarm and Guns of Icarus Online. Luckily, I do have a couple of other people who are looking to do this, as well, and we are attempting to set up a regular “co-op night”, at least every other week for a few hours. Here’s hoping it works out, because co-op games are great!

I’d like to get more couch co-op going, too, but generally, my life has conspired against making this happen. Usually when I am getting together with friends, we are doing more “adult” activities, like actually talking about our lives since we haven’t seen each other for a while. That, or we’re playing a board game/D&D. Which is totally fine and awesome. It just doesn’t help me finish Castle Crashers or Scott Pilgrim or Gears of War coop.

Streaming seems to be the big thing these days. The new consoles even make it easy to do (sort of). I’ve done a bit, and what I have done I’ve mostly enjoyed, but I think that in order to really be successful at it, you need to be on a consistent schedule. And I really am not. I don’t know that I’m going to be willing to commit to scheduled streaming, either, so maybe a better goal is to “make some video content.” This can take the form of recorded streaming-style sessions, Let’s Plays, Magic draft/sealed videos, or something else. Hopefully, I can do at least once a month. Which isn’t really that many, but is more than I do now!

So there you have it. The gaming-related things that I’m hoping to accomplish in 2014. What are your goals and resolutions? Care to join me on my backlog cleanout quest?